THINKING TO INVEST IN OMAN? HERE ARE THE NEW LEGAL INCENTIVES AND THE LATEST UPDATES IN THE LAW ON WHY YOU SHOULD.

The new Foreign Investment Law defines Foreign Investment as “Using direct foreign capital invested to create, expand, develop, finance, manage, or own an investment project”. This definition is essential to provide clarity into the nature of foreign investment as opposed to the old Foreign Investment Law where it lacked thereof. The new law has come into force this year, and it is key to further Oman’s socioeconomic status during such difficult times. But it’s important to note Oman's government role as to implementation and surveillance of the new law is key to avoid private market players acting in a deregulated manner.

Oman has been considered as a future trading hub and gaining a reputation as ‘The Switzerland of Middle East’ due to its special neutral stance in an increasingly troubled area (Financial Times 2020). The country’s recent developments posits the response of the country to this expectation. Mainly through:

2. The removal of the minimum capital:

Under the old foreign investment law, there was a notable absence of definitions to basic terms such as ‘Foreign Investment’, instead the Omani legislator relied on customs in understanding foreign investment.

The new law and according to the Ministry of Commerce and Industry (MOCI) legal department removed the requirement of 150,000 OMR minimum capital requirement. Alternatively, the MOCI in evaluating the applications will look at each proposal on its merits. But businesses must be careful in not going too low in their proposed plans as every project must start with some reasonable start-up capital. The only major requirement is that foreign investors must adhere to the timeline in implementing their plan and must abide by their proposal in implementing the project.

The foreign investor may amend the project by extending it, developing it, changing the method of production - subject to approvals by the MOCI. It is also permissible for foreign investors to bring funds from overseas according to the regulation.

Moreover, the new law gives foreign companies more leeway in selecting their own partners. Importantly, the new law removed the requirement of an Omani partner when establishing a company. That is with the exception of a sole trader company, as such companies are exclusive to Omanis.

4. Other merits of the new law

:Land grants towards foreign investors for large scale through the right to usufruct or long term tenancy. The application for the land grant should include details on the purpose of using the land/estate, required space, suggested place. The decision on the application shall be made by the competent authority within 20 days, which further incentives foreign investors due to decreased waiting time.

According to the foreign investment law, the foreign company shall enjoy the benefits and guarantees provided by Oman laws. In addition to favorable laws restricting local bureaucracy from interfering in the project except through court orders. And this expropriation can only be for public benefit in return for fair compensation to be quantified at the time of expropriation. Even though the term “public benefit” is vague, this shall be carried in accordance with the Law on Expropriation for Public Interest and the authorities might not use it broadly to avoid deterring foreign investors. For foreign investors opting to invest in developing areas in Oman, additional benefits may be provided namely an extended grace period for usufruct rights, exemption from certain fees and 2 years exemption of the Omanisation requirement. Other benefits can be provided by a decision of the Council of Ministers. State is protected through a process of accepting and offering such incentives towards foreign companies registered locally through a process that judges foreign companies on the feasibility studies submitted and adhering to such feasibility study.

5. Limitations of the new foreign investment law with an increasing national debt and a weakened economy: 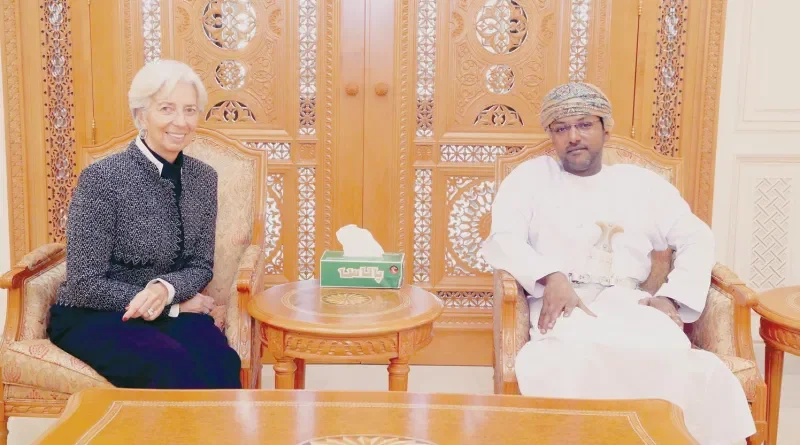 Nevertheless, Oman’s worrying external debt with the IMF and World Bank remains a prominent issue in where the new foreign investment law must be reassessed on how it would apply in reality and how effective it would be amidst the increasing national debt. To illustrate this in 2014 Oman’s public debt level was 4.9% of GDP, whereas by the end of 2018 this rose to a shocking 53.4% mainly due to the plummeting in oil prices (IMF 2019). Further, the IMF forecasts the debt levels to augment to 63.9% of GDP and 112.4% of GDP in 2020. Deregulation of the market and opening to foreign investors did not prove successful with indebted countries such as Argentina, Venezuela, Greece, and Africa:

“In a report commissioned by the Halifax Initiative entitled Impoverishing a Continent: The World Bank and the IMF in Africa, Asad Ismi details how Structural Adjustment Programs (SAPs) imposed on African nations as a condition of receiving World Bank and IMF loans lead to worsening conditions in Africa. The SAPs forced African economies to reduce tariffs, cut public spending (including subsidies for food and healthcare), raise interest rates (reducing access to credit), privatize state enterprises and generally open countries’ doors to Western investors. The foreign investment was supposed to help reduce poverty but instead, the SAPs expanded poverty and inequality as those with means got richer and others were left behind.” (https://citizentruth.org/a-weaponized-history-of-the-imf-and-world-bank-in-unconventional-warfare/)

The IMF indeed has a weaponised and contentious history. Oman as part of repayment IMF’s debt must adhere to execute different plans including facilitating foreign investment. This rather weakened the aforementioned countries’ economies, and thus Oman’s government role namely the MOCI is key in implementation of foreign projects rather than leaving the market deregulated. Oman cannot afford to implement the foreign investment law indiscriminately as the country is suffering from a rocketing job seekers numbers in addition to the newly introduced VAT on certain goods and services. Further, the COVID-19 has exacerbated Oman’s already weakened economy which led the country to increase its loans with a new $2.2 billion loan from international banks (Yahoo Finance 2021).

In the age of neoliberalism (as envisioned by Hayek) and market deregulation, governments’ role is critical in ensuring equal access, adherence to efficient regulations and to avoid privatising key state-owned enterprises. As historians and economists reiterate to learn from the past and as with the 2008 financial crash, no robust plans were ever executed to mitigate these disruptions by governments instead they relied on outdated guidelines. As professor John Maynard Keynes has correctly pointed out that governments’ role is key in managing a modern economy, and this would ideally require creativity as time passes the old ways are unlikely to work.

IMF’s 2019 report commends Oman’s promising first steps into international trade. Therefore, the introduction of the new Foreign Investment Law and its potential success in international trade must not be squandered like key players in the past around the globe through loose regulations and deregulated market.

For more detailed information, insight and legal advise on the topic of this article do not hesitate to contact us on info@acolaw.net

Investment Law Commercial Law
14Mar
OMANI LABOUR LAW AND HOW IT OFFERS PROTECTION TO EMPLOYEES
29Jun
VAT in Oman: AND WHO IT AFFECTS?
28Dec
Trademarks in an Omani Context with an International Scope